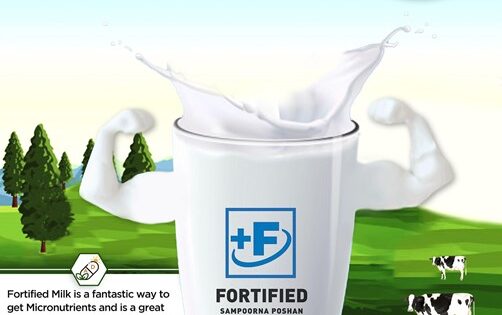 “More than 3 billion people have a deficiency of key micronutrients that are essential for a healthy body.”WHO

Food fortification is becoming a significant nutritional practice to enhance general well-being and reduce severe issues of malnutrition. It is the process of enriching food & beverages with essential micronutrients and turning your everyday staples into superfoods. One such fortified beverage is fortified milk. Today, fortified milk is ideal for supplying an adequate amount of nutrients that otherwise lack in the diet of millions across the world.

Milk is already a superfood packed with nutrients, but it goes through a series of purification and skimming that may take away its essential nutrient content. That’s why it has become imperative to start practising milk fortification.

It is more than enough reason to think about fortification that can bring back the vitamins to the milk. While nutritional supplements in the form of capsules or tablets can tackle malnutrition issues, they are neither completely accessible nor highly affordable to common people. As a result, milk fortification emerges as a low-cost, preventive approach to cater to nutrition deficiency.

Fortification of Milk – The Journey Of India 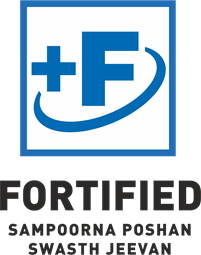 The FSSAI (Food Safety and Standards Authority Of India) approved five staples for fortification, such as wheat flour, salt, rice, milk and oil. Additionally, there have been further regulations put into action that allow fortification of other milk variants like whole milk, skimmed milk and low-fat milk. FSSAI further gave rise to the Food Fortification Resource Centre that focused on fortification of all staple foods on a large scale. FFRC also works to encourage the Indian food industry to practice food fortification and adopt it as a general practice. All the fortified staple foods will adorn the +F logo on their packaging to mark their fortification.

Partnering with the South Asia Food and Nutrition Security Initiative (SAFANASI) and The Indian Nutrition Initiative Tata Trusts, the National Dairy Development Board (NDDB) explored all the possibilities of bringing milk fortification to the mainstream Indian milk industry. In the year 2018-19, the partnership was able to pioneer milk fortification in collaboration with dairy producing companies, milk unions, and milk federations.

Despite combined efforts the government and other private health institutions have been making, milk fortification has not become a common practice in India today. Given the fact, India is the largest dairy producer and consumer in the world, only 40% of people are receiving the nutrients present in the milk.

“Drinking a glass of fortified milk will enrich your body with 34% of vitamin A and 47% of vitamin D.” – endpovertyinsouthasia.com

Research and studies have concluded that fortified milk is a powerhouse of vitamin A & D. It is true that both unfortified and fortified milk is rich in nutrients. Milk with its phosphorus and calcium content enhances your bone health. But, milk fortified with vitamin D will boost the absorption of calcium in your body. The protein in fortified milk aids in muscle building and compound creation that improves various body processes.

#1 Fills Nutrient Deficit In Your Diet

Fortification of milk will reintroduce essential micronutrients to address nutrition deficiency that may lead to diseases like rickets. Milk fortification has been adopted as a strategic approach to prevent malnutrition and increase the supply of vitamin A & D.

Consumption of fortified milk is reflected in increased bone density. Fortified milk becomes an excellent calcium absorbent that strengthens your bone health. It is an affordable way to enrich your bones with minerals and prevent issues like osteoporosis.

How To Bring Urgency In Milk Fortification?

In the past few years, nutrition has bagged major attention following conferences, government initiatives and private sessions focused on the significance of nutritious health. As a result, food fortification also received a lot of traction.

However, there are still some gaps that need to be filled and here are a few ideas that can be taken into consideration for expanding the reach of milk fortification in India:

● Strengthening relationships with the public sector to induce productivity.

● Accelerating technological and nutraceutical innovation to ensure quality and automation in fortification.

The Time is Now To Take An Action!

It is your cue now. Would you prefer a nutrition deficit or a nutrition-rich lifestyle? Take some time to ponder over the thought. 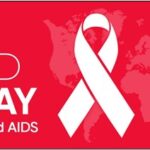 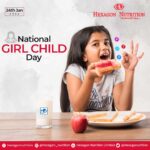