India has a very high burden of malnutrition, including micronutrient malnutrition. Staple food fortification is recognized as one of the most cost-effective and complementary strategies to reduce micronutrient deficiencies, across all population groups.

A webinar on Staple Food Fortification: A cost-effective strategy to eradicate malnutrition was facilitated on the 5th Nov 2020 to discuss how fortification of the daily staple foods including salt, rice, wheat, milk and edible oil can by and large help the country combat anemia and cognitive development related issues, in an economical way.

The event was jointly hosted by Hexagon Nutrition Pvt Ltd and ASSOCHAM (The Associated Chambers of Commerce and Industry of India). Several representatives from the Government, Development partners and industry players participated in this webinar.

After a warm welcome to panel members, speakers, guests, and attendees. Mr. Arun Mishra Head, Global Nutrition Regulatory Affairs, Unilever & Co-Chairman, Food Processing Council, ASSOCHAM quoted as to how micronutrients and food fortification play an important role in the current crisis. There are multiple health impacts in this unprecedented times & hidden hunger is widely prevalent. Food fortification is not a novel concept in India.

However, the progressive landscape that the country has seen has been spectacular. Fortification via food is not only cost-effective but is a globally recognized approach. When consumed regularly, Food Fortification helps a regular supply of vitamins and minerals.

Mr. Vikram then highlighted that food fortification has experienced a significant rise in recent years. The Indian food fortification premix market grew rapidly at a CAGR of 23.2% in 2019 and the market will continue to show impressive growth over the next five years.

Elaborating on the industry overview he said, “While diverse food applications, ease of customization & initiative taken by our Government at the state level remains the strength, low consumer awareness about fortified foods, regulatory monitoring & slow implementation still remains a challenge”.

In these challenging corona times where prices and supply chain of vitamins have been hugely affected, the key market drivers such as the implementation of FSSAI Standards for staple food fortification & implementation drives by MNCs and local Food and Beverage companies to fortify their products can be the real game-changer for the industry.

Shri Ravinder Singh Thakur, Joint Director, Food, Civil Supplies, and Consumer Affairs, Government of Himachal Pradesh. He laid stress that in India micronutrient deficiencies are widely prevalent and have become a serious concern. He further suggested that we can fight this problem by:

He also highlighted that fortified panjeeri mixtures, sevaiyan, oil, salt, wheat, etc. are already being served as a part of ration under Public Distribution System (PDS) in HP irrespective of their financial situation. Himachal Government has realized the long-term benefits & cost-effectiveness which is as low as 10p/kg of wheat & 20p/l with the edible oil and is the first state to distribute 100% fortified Atta.

Shri S N Sangma, Joint Commissioner, Food Safety, Government of Meghalaya extended his thanks to FSSAI for framing important regulations and supporting the malnutrition scenario. “The fortification activities of staples in Meghalaya started in 2019. The state has been very active ever since then in sensitization & training wholesalers, millers, and other milk processors with the support of GAIN. We are working on fortification seriously. We look forward to more sensitization through such knowledge and idea-sharing platforms”

Ms. Inoshi Sharma, Director, FFRC-FSSAI said that “FSSAI does indeed concentrate on the battle against foodborne diseases, given the kind of money ($15 billion) put into the regulation of food safety in the nation.” The alarming level of malnutrition in the country makes it further important to fortify foods. However, Through such platforms, FSSAI strives to spread awareness about the advantages of fortified foods to both the consumers & suppliers and also to bust the myths and rumours regarding fortified foods that keep reaching out to everybody on a daily basis,

The event saw honor and recognition to Ms. Deepti Gulati, Head of Programs, GAIN, as an Outstanding Ambassador of Nutrition and Food Fortification for her contribution for 40 years in a row

Moderating the panel discussion, Ms. Deepti Gulati, Head of Programs, GAIN asked the panelists various questions on challenges and opportunity of staple food fortification from the area of their expertise. Below are the details:

What is your experience in supporting Double Fortified Salt (DFS) programs in MP & Gujarat and the role of various stakeholders in the implementation of DFS?

He emphasized that the success factors of implementation of the DFS program is largely due to political commitment and determination of both the states, he highlighted that both the states have prioritized nutrition amongst other issues. In MP about 89 tribal blocks in 20 districts who get DFS under PDS while in Gujarat, DFS is distributed through ICDS, he added

Food fortification is a multi-sectorial collaboration. Government, industry and consumers have an important role to play for its success. The Government is doing its best to regulate and promote staple food fortification however we at industrial level should make sure we are regularly spreading awareness of the benefits of fortification and nutrition to the consumers.

Talking about the benefits of rice fortification and its role in combating malnutrition Mr. Neeraj Jain, Country Director, PATH said, “Implementation of rice fortification has led to a 9% decline in anemia, 3% decline in diarrhea & 42% improvement in cognitive abilities. Rice is a large part of the PDS basket, reaching 800 million people, which is roughly 76% of the population. Fortified rice can play an important role in tackling anemia.

Moreover, Under the Government’s safety net program, 3.5 lakh ton rice is distributed via PDS, MDM every year which is 2500 Crores a year borne by the govt. FSSAI has been very supportive in scaling up rice fortification. However, The challenge with rice is the fortification process, the blending system is very expensive but the government is actively working towards reducing the cost. The government plans to completely get fortified rice in all safety net programs in the coming years.

How is milk being crucial to contribute towards tackling the Vitamin A & D deficiencies. And how fortified milk improves the nutrition of children Especially at the bottom of the pyramid?

Mr. Vivek Arora, Senior Advisor, TATA Trusts illuminated how milk is crucial to contribute towards tackling the Vitamin A & D deficiencies. He added “Milk forms an important part of nutrition. As milk itself is a good carrier of Vitamin D, fortified milk can help plug malnutrition woes. And also help cognitive development of children if included in the breakfast of the mid-day meal. However, program of schools and anganwadis.

However, Though milk is a good carrier of Vitamin D, it needs to be fortified for the population level as it is not seen. When it comes in its raw form right from milking to reaching the dairy. We took the fortification initiative with the co-operatives across the country. Now over 175 lakh liters of milk is fortified. With Vitamin A &D and 100+ dairies in the state are fortifying milk. Furthermore, Several private dairies have also followed suit of the fortification program”.

Ms. Deepti Gulati focused on wheat flour and oil fortification and their advantages. Fortification of Wheat flour is scaling up with the support of Governments. Like Himachal Pradesh, Kerala and few districts of Haryana. And Punjab despite of the challenge of shorter shelf.

However, Emphasizing on oil fortification she said that it is reaching 854 million people in India (almost 67% of the population). She focused on Integrated Program Strategy(IPS), Rajasthan. She stressed on positive outcomes of both oil and wheat flour fortification, quoting CNNS and NFHS-4 she indicated that the vitamin A deficiency and anemia in Rajasthan was comparatively lower than all India levels and this could be probably due to implementation of IPS in Rajasthan.

What are the Challenges in scaling up Staple Food Fortification programs via safety nets programs?

“Micronutrients are the HEART of food and play a pivotal role in fortification. Food fortification is not limited to staples(Wheat flour, rice, milk, oil) but also to other food processing sectors (Bakery, Beverage, Confectionery, dietary foods, gummies etc.).

Hexagon Nutrition has been in the marketplace for the last 29 years with several prestigious accreditations such as FSSAI, FSSC 22000, ISO 9001:2015, Kosher Certificate, GMP, Halal & ISO/IEC17025:2005. Quality assurance and Quality control of the micronutrient premixes is our prime focus, every premix is developed as per the needs & requirements of the consumer referring to the RDA & upper limit for safe total daily intake.

All incoming materials ( base nutrients, additives, diluents and excipients) are tested before processing for micronutrients premix manufacturing in controlled temperature and relative humidity. The finished goods are again analyzed as per the specifications. And upon approval these micronutrient formulations are delivered safely to the customer.

Lastly, The event finally concluded with a Thank you address from Ms. Nirupama Sharma, Joint Director & Head – Agriculture, Food Processing & FMCG, ASSOCHAM. Moreover, She thanked all the participants and panelists. She highlighted that food fortification plays. An important role in combating micronutrient malnutrition. 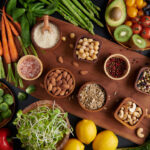 Unclocking the future of Nutrition
Next Post
Perspectives on Healthy Snacking: Opportunities & future of Snacking 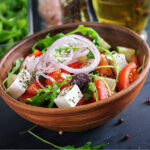