Nutraceutical Solutions for Healthier Generations since 1993.

Hexagon Nutrition thrives with the unwavering trusts of 1200+ customers in India and Across the Globe.

Hexagon Nutrition is a differentiated and research oriented pure-play nutrition company offering clinical products, micronutrient premixes and therapeutic products since 1993. There is a growing demand for functional nutrition and Hexagon Nutrition has been able to move up the value chain with a presence across retail pharmacies, hospitals and prominent e-commerce players. Hexagon Nutrition sells its products across India and has exported to around 70 countries to meet the demand for holistic nutrition through Micro-nutrient premixes, Fortified rice kernels (FRK); Clinical Nutrition, and Therapeutic Nutrition

“PENTASURE” being our flagship category is a leading name in the health, wellness, and clinical nutrition space and offers a complete source of nutrition for all age groups.  The Covid-19 pandemic has made consumers increasingly aware of health and nutrition and Hexagon Nutrition can address this rapidly emerging requirement.

With a focus on Innovation our product portfolio addresses alleviation of malnutrition and daily nutritional requirements across demographics. Hence, with our manufacturing facilities located at Nashik, Chennai, and Thoothukudi (Tuticorin) and R&D facilities located at Nashik and Chennai, we are a fully integrated company engaged, right from product development to marketing including research and development and manufacturing, with a focus on quality control of nutrition products across diversified categories of nutrition products.

NOTE : Please fill the form above to get information about our verticals

NOTE : Please fill the form above to get information about our verticals 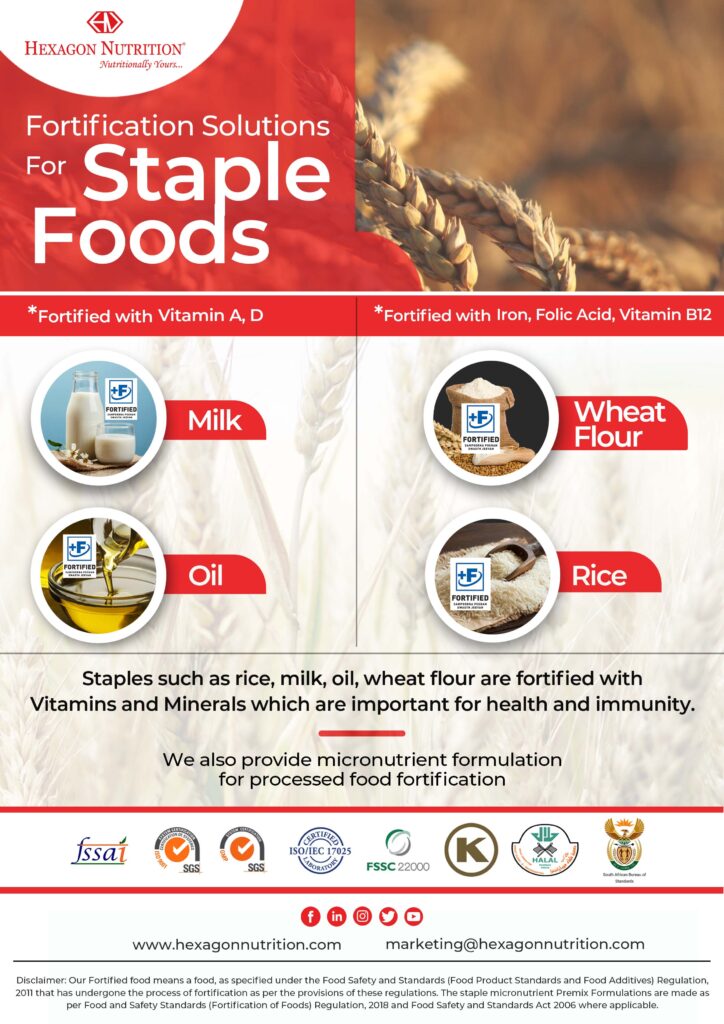 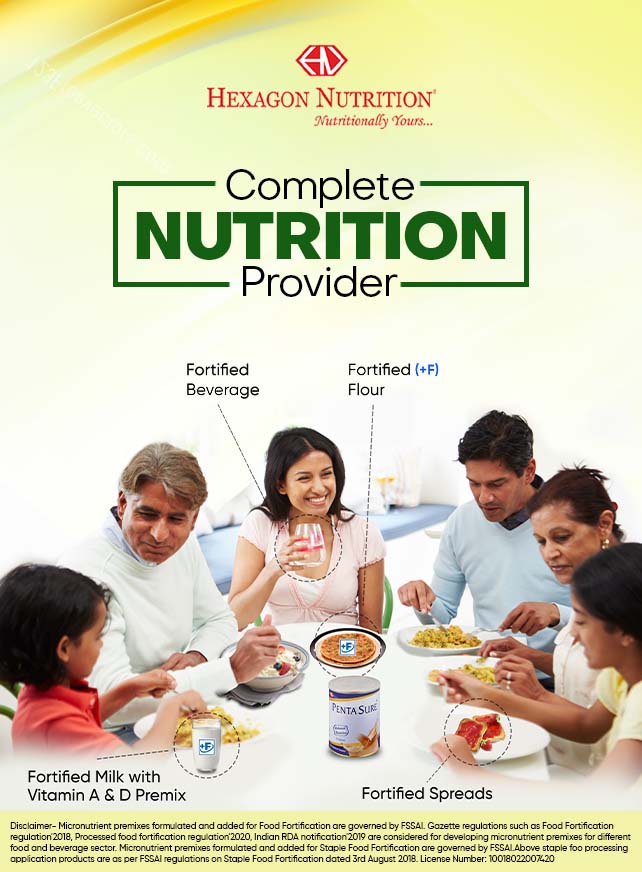 1.What is Micronutrient Premix?

Micronutrient Premixes are blends of various Micronutrient such as Mineral, Vitamins developed and formulated to provide the required nutritional value and used in fortifying foods such as staples and processed food items.

2.What is Therapeutic food?

3.As per the Food Safety and Standards Authority of India (FSSAI) Regulations, Which of the Staple foods can be fortified?”

The staples that can be fortified as per the Food Safety and Standards Authority of India (FSSAI) regulations are Wheat Flour, Rice, Oil, Milk and Salt

Fortified rice kernels (FRK) are rice kernals which resemble rice grains. The kernels are produced using extrusion technology. In this process, milled broken rice is pulverized and mixed with a premix containing vitamins and minerals. FRK is added to non-fortified rice in a ratio ranging from 1:100 resulting in fortified rice nearly identical to traditional rice in aroma, taste, and texture. It is then distributed for regular consumption.

5.What is RDA? What’s the general % of RDA we keep in mind for formulating the premix?

RDA is the Recommended Dietary Allowances which specifies the daily intake of Micro and Macronutrients for an individual according to age. For formulating the premixes the RDA % ranges from 15% to 30 % and is customized as per requirement.

6.As per the Food Safety and Standards Authority of India (FSSAI) regulations, what are the types of Processed Food which can be Fortified?”

The Processed Food items that can be fortified as per Food Safety and Standards Authority of India (FSSAI) regulations are Fortified Cereal Products, Fortified Bakery wares, Fortified Fruit Juices 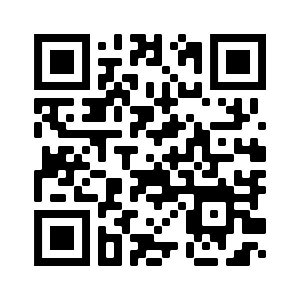